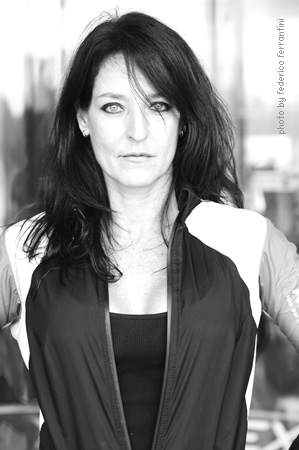 On February 18th 1979, snow falls in the Sahara desert for half an hour. Meanwhile, in New York where she lives until 1973 and then again from 1975, while her classmates play, Allegra memorizes the musical “Evita” (and forces her parents to take her to see it on Broadway repeatedly).

On April 12th 1981, Columbia, the second space shuttle, starts it’s first orbital flight of the program. In Torino, where she is now living and always while her classmates play, Allegra builds a wooden horse that she calls Furia.

On January 28th 1985, USA for Africa records the single We are the World. In Lyons, Colorado, Allegra goes to high school, acts in the school’s plays and falls repeatedly from her horse Sandokan.

In 2008, the international year of the potato, as declared by ONU and FAO, Allegra publishes her first novel: “Il Segreto dei Vanderloo”.

On November 13th 2009, news is given of the finding of water on the moon. Allegra starts working as anchor with LUXE TV and as associate executive producer with BRW Filmland.

On June 11th 2010, the nineteenth soccer World Championship starts in South Africa. Allegra starts working with Class Horse TV for which she hosts talk shows, interview series and other programs.

From 2011 on, Allegra continues her studies in psychology, learns Armenian and starts studying swahili - which becomes her eights language,  objective being getting to ten - she continues play polo (though very badly) and discovers another great passion: skydiving. Today she is a working anchor, producer and writes for several magazines. She published a second novel “La Grande Avventura”, directed her first films and has returned to her first big love: acting.

In 2014, the international year of Crystallography, Allegra, who always suffered from severe vertigo, decides to start skydiving. Her new ventures are born between one jump and the other:  Care-All Foundation , which helps give possibilities for better lives and the tech start-up Verafly . She also continues to be involved in film production and is taking her first steps as a screenwriter.